Reality Check – A Plague of Locusts

Last night our family had a ‘dinner in front of the television’ night. It is one of those little innovations that we embraced to create space for relaxed, non-judgmental, messy, fun, human living. I am a fan of mindful eating, and attempt to instill in my family an appreciation of this practice and it’s benefit on both physical and mental/emotional well-being. Diving into a television-dinner practice is good for us all, and helps me to realize that all is well, regardless of whether I am breathing into every chew and swallow, or jumping out of my seat and losing my lettuce mid-laugh. My children are very fond of the BBC Planet Earth series and last night we were transported to desert environments around the globe. In one segment of the film, a plague of locusts, 40 miles wide, devoured everything in it’s path for weeks on end. Not one piece of flora was spared. Apparently, when the vegetation runs out the insects become cannibalistic. The hour-long program was packed with beautiful, wondrous manifestations of life and incredible stories of survival, which inspired me to reflect on the human delusion of separation from nature and how this was exacerbated by our modern life style. If I, like a little beetle in some far flung, hot, sandy corner of the planet, had to climb the equivalent dune height of two Mount Everests every morning, to do a headstand in the fog and allow water to condense on my body and flow toward my mouth, then trek back down the dune before the sun got hot enough to threaten my life, and on the downward journey, was at risk of being eaten by enterprising chameleons, I would definitely feel a part of something larger than myself. I would better understand the infinite life-death-life cycle and my role in it.

It is interesting, the process of ‘othering’ that occurs in our minds, when we contemplate human beings who lead lives that are vastly different than our own. The less financial wealth they posses, the more in tune with nature their way of life, the more markedly different their external appearance from our own, the less ‘human’ they seem to be, and the more we are able to tolerate their suffering. A film-maker friend of mine recently explained to me that charities had taken to creating Virtual Reality experiences for Westerners, to plunge them into the horrific world of refugees making a treacherous boat crossing of the Mediterranean, in an effort to inspire enough empathy and compassion that the voyeurs might consider making a financial donation. We have become desensitized to the unsolicited mail offering descriptions of the plight of the Others, photos displaying their misery and moving images crying out with their pain. We read, listen and watch their life-death-life cycle with almost the same level of detachment as we observe the beetle’s super-beetle ascent to quench it’s thirst and subsequent descent into the jaws of a predator. The Others live so close to nature, like animals, that it is easy for us to dismiss their realities and our lack of inspiration to reach out and help. Today our hearts are opening as we are presented with a scenario which might be threatening Us and those who look and live like Us, but thousands of miles away some of the Others are facing a calamity which makes our fabricated Virusverse look like a walk in the park on a heavenly spring day. I invite you to join me in a real-reality reality check moment which you may or may not have caught wind of over a recent tv dinner.

Earlier this year, a swath of destruction spread across eight East African countries – a locust swarm the size of Manhattan destroyed farmland the size of Oklahoma. These countries, and their populations, still reeling from the efforts to kill the locusts, and stabilize their food supplies, are now faced with a new and unimaginable plague. No, not a novel corona virus. The region is now bracing for another swarm, potentially twenty times larger than the last, which could eat through two million square miles of vegetation – an area half the size of Western Europe. The projection is that 130 million people could be pushed to the brink of starvation by the end of the year. That is just over one third of the population of the United States. Can you imagine facing a headline tomorrow morning which stated, “U.S. Bracing for Devastating Plague of Locusts – one third of the population will face starvation by the end of the year”. Now, we all know that sometimes humans get the modeling wrong, with disastrous consequences, as seen by Professor Neil Fergusson’s Bill and Melinda Gates Foundation funded research which forecasted that over half a million people in the UK would die from Covid-19, and suggested that at least eighteen months of quarantine would be necessary to manage the pandemic. This sent the country into lockdown panic. Fergusson later revised the numbers, estimating that the death toll would be under 20,000, many of whom would be elderly or patients with co-morbidities; and estimated that the peak would be reached in two to three weeks. The new projection had little influence on policy at Downing Street and the UK remained in lockdown as the government experimented with their emergency powers. What a bizarre menagerie of scientists, philanthropists, corporations, visionaries, influencers, politicians and petrified population! But let us get back to locusts…What measures do farmers take to protect their crops from such a plague? During the last swarm, Ugandan farmers banged drums, whistled, and generally kept a loud racket to scare the locusts and prevent them from settling on crops. Today, they face one of the strictest lockdowns on the continent, which is being enforced by the military, and so are faced with the option of going out to protect their corn, cassava and other crops and risk abuse and arrest by patrolling soldiers, or stay indoors and watch as their life’s work, livelihood and lifeline are consumed before their eyes. In a visceral irony, the Covid protection measures force the farmers’ hands, and the last move left in their game is to sit and await the inevitable pangs of hunger and the cold caress of the hand of death.

I grew up in an era when images of the starving children of Others became normalized, and those who ate dinner in front of the television masticated the images and swallowed them down to be churned around in stomachs full of plenty. Any pangs of indigestion were assuaged by favorite  pop stars parading on the Live Aid stage, and the muzzle for the sadness in your heart and grief in your lungs was the writing of a check or commitment to a monthly donation to some organization that promised to work on your behalf to make the world a better place. There is a warmth about compassion and empathy which is cooled by the intermediary of cash. Today, I sit in my study, high on the hill, and make online donations to the Boulder Homeless Shelter. I feel better doing this than not, but I am aware that it is a comfy cop-out of an action, much akin to inaction. I remember how the stench of Manhattan’s homelessness burned my nostrils when I volunteered in a soup kitchen while a student at N.Y.U.. That perfume drowned me in my humanity, and shone a light on the question, ‘Why?’. Why are these people homeless? Why are these people hungry? Why are you so dirty? Why is my concrete bed so cold and hard? Why do our hearts break and our stomachs twist in pain no matter which side of the soup table we are standing on? Why are the inhabitants of the most resource-rich continent on the planet starving? WHO decides whose life is more valuable than the Other? My soup kitchen days are more than half a lifetime away, and in hindsight I recognize that I got swept up by the current of the system which preached from the pulpit of donation and convinced me to check my compassion and personal power at the door of the Church of Separation. Forget artificial intelligence. What of Real Humanity? This is surely the cornerstone crisis of our time. The moment we wake up and find ourselves human will be the tipping point  and turning point for our collective reality on this planet. Will we need an Augmented Reality program for us to feel the life force seeping out of our bodies as we sit Safe Inside and watch our crops consumed by locusts? How do we access the sublime surrender to the melting icecaps beneath our feet or to our descent to earth as our home is chopped out from under us? What program will recreate in us the sensation of hopelessness, helplessness, powerlessness, desperation, anger, grief, self-loathing and Otherness, that leaves us no other option than to take to the streets and set our world on fire?

I do believe that the answer lies in accessing and elevating our consciousness. Too long have we sat numb and dissociated in front of the blinking box as our trays slid off of our laps and our insides rotted with plenty. Let us begin by turning the floodlights of external blame back onto ourselves, and while sitting in a space of the neutral observer, with heartbeats vibrating out to the edges of the multiverse, begin to examine our personal and collective inheritance. Let us take a look at our habitual ways of being and responding to the world; listen attentively to our internal monologues and dialogues; re-member the stories which were told to us as children, which blighted our innocence, which were handed down through generations and became the safety net of our dysfunction. Let us unravel the mystery of our ancestors and understand the reality of generational trauma, knowing that in the same way as stressors affected on lab mice result in biological and psychological changes in up to five generations of offspring, the hunger, cold, abuse, persecution, pain, fear and trauma of our forefathers ripple through our present reality, unless they have been healed through experiences and environments designed to do so. Let us take a sobering look at the programming of our education, culture and the HIStory which decreed what we should know and when we should know it, and convinced us that knowledge was more valuable than knowing. Let us commit to a transparency around the systems under, through and in which we live and play this game of life, and admit to ourselves that these systems are built on separation, polarity, fear, disempowerment and control. Through our elevated consciousness we access the ability to reverse the damage inflicted upon the blueprint of our lives as individuals and the collective human race. Through an uncompromising practice of self-reflection, honesty, neutrality, forgiveness, love and expansion we will be able to step into our creator-selves and access new choice points for what we want to create in the world. The time is now. The locusts are descending. What choice will you make? Will you fall asleep in front of the television, or….? 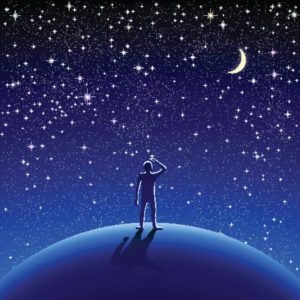 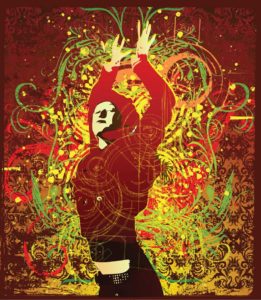